It has been a while since the last update. Many coffee filters have been used. There was a pretty big hiccup along the way. 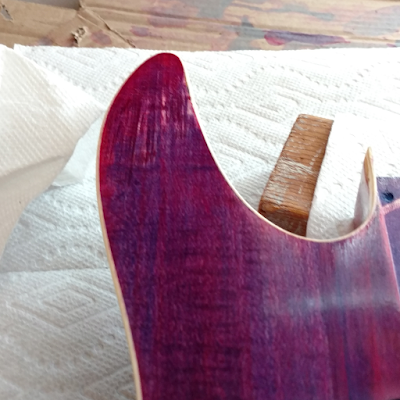 I managed to over sand the left horn to the point where I went through the sealer, pulled up some dye and messed up the color pretty bad. All things are fixable. They just take time. This mistake along with being pretty much otherwise stretched for time lately added about two weeks to the build. 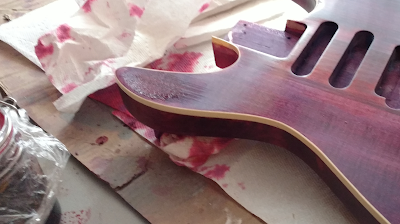 This was the first take at re-applying dye. The hard part at this point is that sealer and oil have already soaked into the grain. 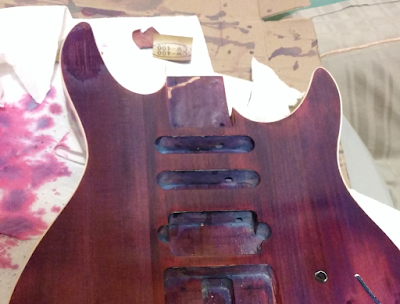 So while it started to come back together in the picture above, it actually took two cycles of this, the second being far more angry with a lower grit, to start to get close to the picture below. 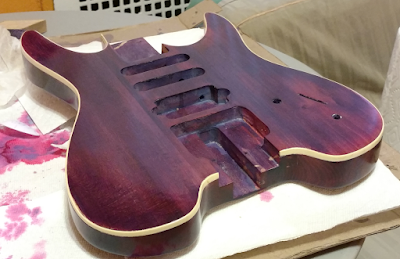 And finally, if you're not looking for the spot (which is now lighter than it was) it finally fits in with the overall randomness of the colors on the rest of the body. 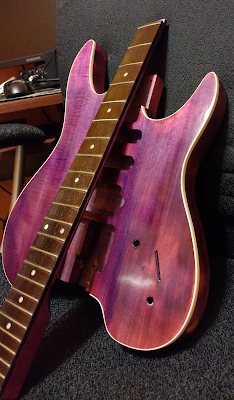 Here's a shot that includes the back of the maple neck which is already looking pretty good with many slow coats. The body has a lot more surface to cover so as I'm working toward the last coats, I apply a few drops of oil to a filter, then to the body. Then with the filter at the end, I apply whatever is left on the filter. Meaning the neck gets a far more generous number of coats each with far less oil. 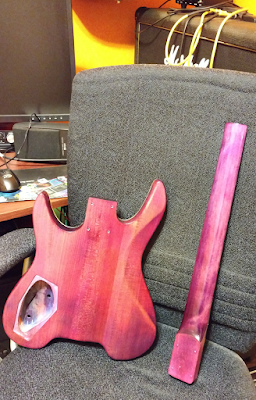 I'll let this dry until the end of the week and then over the weekend move on to buffing out the finish on the body, doing the fretwork, installing electronics and hardware and hopefully I'll have something playable by sometime next week!